This log in is reserved for registered users and administrators of the Smart Climbing Gym system.
‍
If you are not a registered SCG user or administrator, please contact your gym directly for gym-related support
CancelI am an SCG user

Following on from our 2020 survey on the conditions faced by the indoor climbing industry after and during the COVID-19 pandemic, we decided to focus on this topic again this year by asking climbing gym operators around the world about the current situation and how they have fared over the past few months.

Like last time, our aim this year was not to present comprehensive data and in-depth analyses, but rather to build a picture of the prevailing mood. This year’s results are based on answers from 95 gym operators. In some cases, we were also able to compare the responses with those received in 2020.

For many members of the indoor climbing industry, the past 12 months have gone differently to how we anticipated they would back in September 2020.

In fall 2020, 55% of the respondents thought that there would not be any further lockdowns. However, many climbing gyms had to close their doors again just a few weeks after the publication of the third issue of Route Setter Magazine and our results.

Despite the various forms of state aid made available, the long periods of closure resulted in almost 64% of operators having to take on new liabilities of between 30,000 and 300,000 euros. Even operators who were permitted to reopen their gyms continued to be subject to restrictions and could only let in a limited number of visitors at a time. In September 2021, just under 62% of respondents stated that they still could not operate their gyms at full capacity. Given these figures, we are very pleased to report that more than 73% claimed that they could still operate profitably.

On the whole, the responses indicate that the industry is looking to the future with confidence despite this difficult, challenging period. The overwhelming majority of respondents are convinced that our industry will recover quickly. However, the huge wave of euphoria expected after sport climbing made its Olympic debut does not seem to have materialized. Over 50% of the respondents agreed with the following statement: “It remains to be seen to what extent the presence at the Olympics will have an impact on the indoor climbing industry.” Despite this, or perhaps because of this, everyone has now eagerly turned their attention towards Paris 2024.

We will keep a close eye on developments over the next 12 months and in the next issue hope to be able to report in detail on how quickly and positively the indoor climbing industry has bounced back from the pandemic. 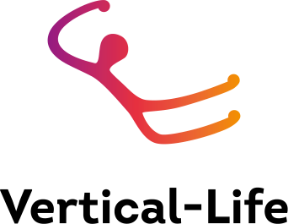